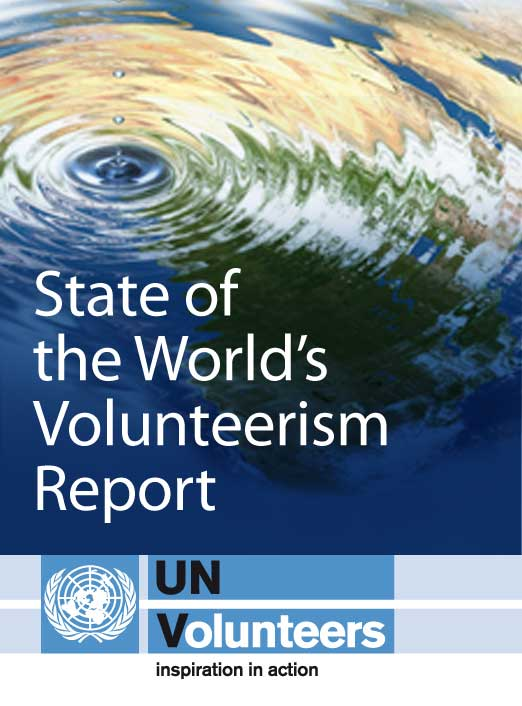 Last week The United Nations released the ‘State of the World’s Volunteerism Report – Transforming Governance’, to coincide with Volunteers Week.

This report urges governments to recognise the untapped potential of volunteers and highlights their ability to promote the voices of people and communities which are often unheard. The report argues that such volunteers must be placed at the heart of a new development model and are vital to the success of the post-2015 Sustainable Development Goals. Skillshare International CEO, Cliff Allum, is a member of the United Nations Volunteers (UNV) expert advisory panel and helped to produce the report, and has expressed the necessity of volunteers in making governance effective.

More than one billion people across the globe volunteer, many of them working in their own countries. They are often at the forefront of efforts to improve the ways their fellow citizens are governed and these volunteers are vital in making governments accountable and responsive to their citizens. They’re working with governments and communities to hold those in power to account, and are influencing policies and laws in the hopes that those who are often unrecognised in development decisions, such as women, youth and marginalised groups are finally heard.

The author of the report, Amanda Mukwashi

, is the Chief of the Volunteer Knowledge and Innovation Section, and has been working towards the eradication of poverty and injustice for years. She also used to work here at Skillshare International as a key member of the senior leadership team. She comments “Volunteers have been claiming rights and raised awareness among politicians. Any new development agenda must have space for civic engagement”.

Cliff further went on to say “this report really brings to light the critical role that volunteers play in making governance effective. It shows how volunteers can engage as active citizens in their own country and internationally. The UN taking lead on these issues is vitally important as we move towards the Sustainable Development Goals”.

Watch author of the report and ex-Skillshare International Staff member Amanda Mukwashi’s video interview on the report below: